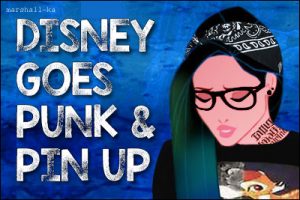 Rockabilly is the best style there is, even for cartoon characters! Here are your favorite rockabilly and pinup Disney characters done up punk rock. 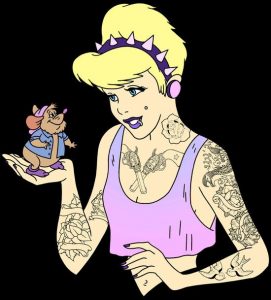 1. Cinderella: Was there ever any question that Cinderella would end up being a punk rock princess? Years of being made to scrub floors and being kept from rockin’ parties would make anyone rebel. 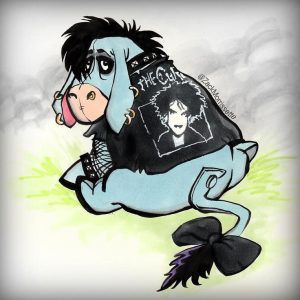 2. Eeyore from Winnie the Pooh: Eeyore was a gloomy son of a donkey. With a tail that won’t stop falling off, Eeyore finally turned to punk rock music, leather, and piercings to lift his spirits. 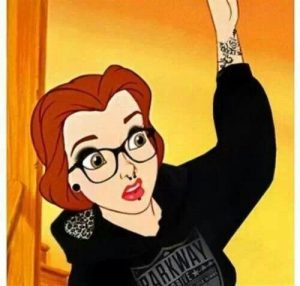 3. Belle: It’s always the quiet ones who have the most spunk. Belle from Beauty and the Beast may have been a bookworm, but she was a born pinup Disney punker. She gave up her life to rescue her father, tamed a beast, hung out with enchanted household items and fell in love with a giant lion-buffalo man. Belle was always a rebel at heart and now she’s showing it. 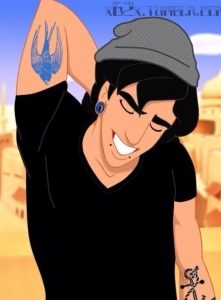 4. Aladdin: Aladdin was the original outcast of Disney films. This “street rat” found a genie, conned his way into being a fake prince, started a war against Jafar, and still ended up winning the hot girl in the end. If that badassery doesn’t scream: “THIS DUDE NEEDS A TATTOO” we don’t know what does! 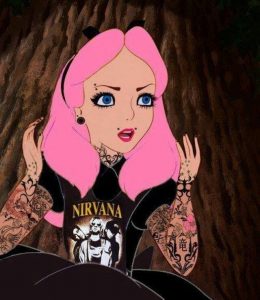 5. Alice from Alice in Wonderland: This girl was already on her way to being a rockabilly princess, she just didn’t know it yet! Who can resist alternative rockabilly fashion when you live in a world where flowers talk, Queen’s play polo with flamingo’s, and playing cards threaten your life? Things are weird enough, so you may as well be fashionable while you’re exploring. 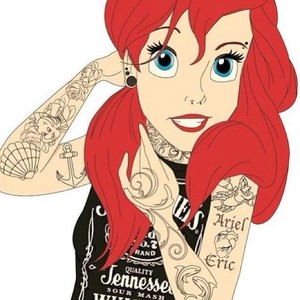 6. Ariel: Was there ever any question that Ariel was a total badass? This mermaid made a deal with a sea witch to transform her fin into legs, kept a secret stash hidden from her father in a grotto, and obnoxiously yelled: “I’m 16 years old, I’m not a child anymore!” when being reprimanded by authority. Ariel’s